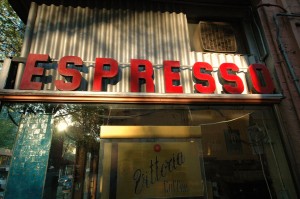 You don’t need an excuse to spend time in Melbourne. At least, I don’t. It’s Australia’s most cosmopolitan city, with a fantastic food and wine culture and some seriously good late night bars. OK, the weather can be grim (it looks like London in the drizzle outside my hotel window right now), but how can you fail to love a place that has a street called Bionic Ear Lane and invented the Flat White? I’ve had great meals over the last week at Longrain, Stokehouse and Coda and drunk lots of interesting wines at Bar Lourinhã, Gerald’s Bar and The Supper Club. 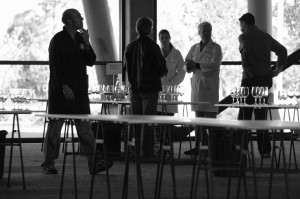 The evenings have certainly been fun, but the main purpose of my trip has been to judge the Royal Melbourne Wine Show, one of Australia’s most important blind tasting competitions. I’ve participated in eight of these over the years and had come to the conclusion that they were pretty pointless exercises. All too often I’ve found myself smacking my forehead in disbelief as clunky, over-oaked, badly acidified reds won gold medals and wines with finesse were overlooked. It’s not as if show judges don’t appreciate good wine. By night, they sip Champagne, Mosel Riesling, classed growth Bordeaux and Grand Cru Burgundy. But by day, they frequently reward wines they wouldn’t drink, let alone buy. Collective amnesia takes over. The last time I judged an Aussie show I had a run in with a panel chair over a flight of Shiraz/Viogniers. Where was the elegance in these wines, I wondered ? His response? “We’re not judging a European wine show, Tim. This is Australia.”

The show scene is certainly changing for the better – until five years ago, male judges reportedly had to wear ties in Perth – but not fast enough for me. Or so I thought. I’d pretty much decided to decline all offers to judge Australian wine shows until I bumped into Steve Webber last year. Steve is the brilliant winemaker at De Bortoli in the Yarra Valley, who is responsible for some of Australia’s best Pinot Noirs and Chardonnays and regularly drinks great wine – “good piss”, as he puts it – at home. In addition to his demanding day job, he’s been chairman of the Melbourne Show for the last three years. And when he told me about what he was trying to achieve here, I was seduced. 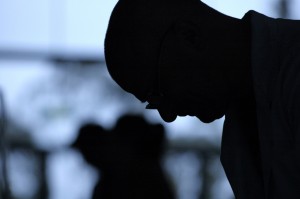 The classes are more interesting, for a start. Alongside the usual suspects, there’s a Mediterranean class, a claret class, a textural whites class and even one for “Australian styles” (code for oaky, old-fashioned reds as far I could see, but maybe I’m being harsh). The flights were smaller and there was plenty of time to judge them. At another Aussie show I once tasted 246 wines in day, starting with Riesling and finishing with Liqueur Muscats. My palate hurt for weeks afterwards. 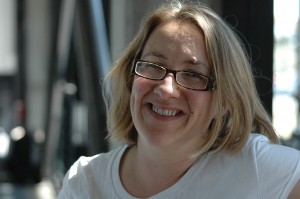 And then there are judges: a well-balanced cuvée of sommeliers, wine writers, retailers and winemakers. Webber says he just invites “people I like, basically”, but he’s assembled a very talented team of tasters. They are appealingly fresh-faced, too. Instead of being one of the youngest people in the room, quite a feat when you’re in your late forties, I was one of the old farts in Melbourne this week. It’s not just policemen who are getting younger….
One of the reasons I came to Melbourne was to be given the chance to run my own panel. Overseas judges are generally tolerated at Aussie wine shows, but rarely have a significant impact on the styles of wine that are rewarded. This week I was genuinely proud of the wines we chose and the atmosphere in which we chose them: professional, respectful, open-minded. The results won’t be released until next Friday at the Trophy Winners’ Lunch (see http://www.wineshow.com.au/ for full details), but there were some very fine bottles among them. I can’t wait to find out what they are. You should seek them out, too. 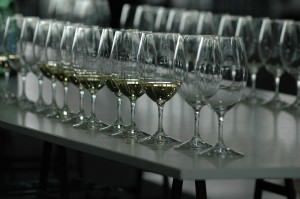 Can I do the Chardonnay class, please?

CONCLUSIONS FROM A WEEK IN MELBOURNE