It’s hard to imagine the Cave de Plaimont, one of the most forward thinking co-operatives in France, without André Dubosc. He’s been associated with the Gascon operation since 1972, first as winemaker and then as director.

But in November this year he’s hanging up his beret and pipette – or, as he puts it, spending more time, Candide-like, “in my garden”. It seems a huge waste of talent, energy and expertise. Dubosc is still only 66 and has the wiry frame of someone who clearly likes to keep fit. The man should be running the French wine industry.

Dubosc was in London recently to celebrate the 30th anniversary of the Saint Mont appellation and to launch two new wines from Plaimont under the L’Empreinte (thumb print label) before he steps down.

Now is a good time to remember his achievements: he created Vin de Pays des Côtes de Gascogne, rescuing the growers of a region that had traditionally focused on Armagnac, changed the way his co-operative made and marketed its wines and promoted the native grapes of the South West (Arrufiac, Gros Manseng, Petit Manseng, Petit Courbu, Tannat, Pinenc/Fer Servadou).

He leaves Plaimont in capable hands. The co-op is experimenting with 39 different grapes and has just completed a soil-mapping project in Saint Mont, which has resulted in L’Empreinte, combining its best terroirs to produce two impressive wines. Let’s hope the co-op keeps him on as a consultant. 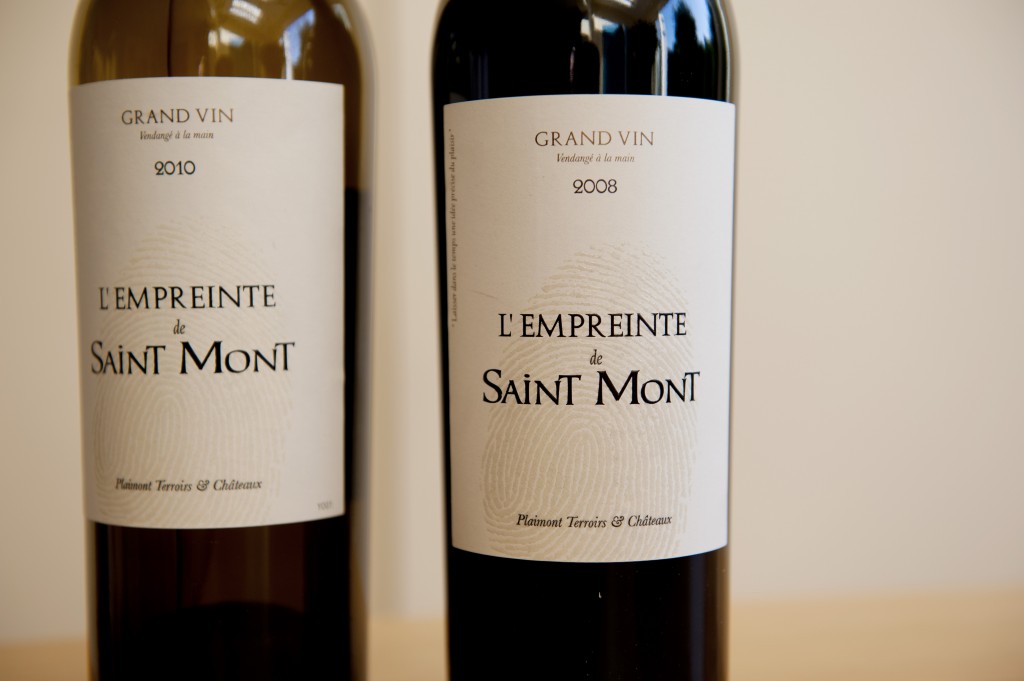 2010 L’Empreinte de Saint Mont Blanc (£12.99, Adnams)
A zesty, tangy, lightly oaked blend of mostly Gros Manseng with 15% Petit Manseng and 10% Petit Courbu, this is focused and minerally with notes of pink grapefruit, lemon zest and subtle oak. Very long. This is better than many Péssac-Léognans.
93 points

2008 L’Empreinte de Saint Mont Rouge (seeking distribution)
Less tannic than the yet to be released 2009, this is an assemblage of Tannat with 10% each of Pinenc (Fer Servadou) and Cabernet Sauvignon. It’s a firm yet elegant wine: claret meets Chianti perhaps, with polished tannins and flavours of cassis, damson and plum. Still a baby and will keep for 8+ years.
91 points