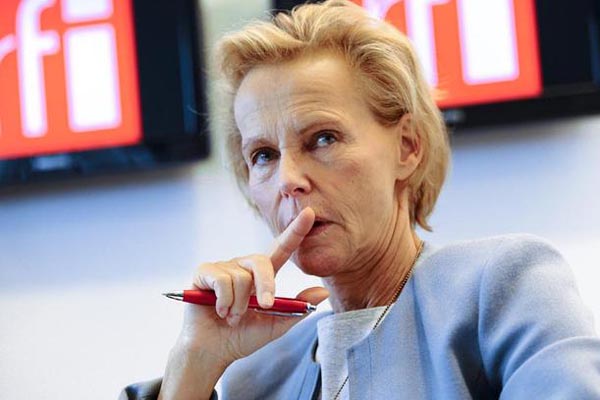 What’s wrong with France? asked the distinguished journalist Christine Ockrent in a recent think piece in Prospect. Her analysis, which is worth reading in full, begins at the top. President François Hollande, whose popularity has trawled unprecedented lows in opinion polls, lacks the “grandeur, energy and panache” that the French expect from their leader. But his problems are part of a deeper malaise. France, argues Ockrent, has to face reality. Like its political class, it is frequently arrogant, averse to change and incurious about the outside world.

Until recently, this was a valid, if generalised, description of the country’s wine industry, too. I can still remember my first visit to Burgundy in 1986, when a grower refused to believe that they made wine in New Zealand. “Sheep, monsieur, but not wine,” he admonished me. More recently, I came across a wine rack in a shop in Bordeaux labelled “vins étrangers”; it was empty, and not because there’d been a rush on bottles from elsewhere.

To most French people, there is wine (French, of course) and lesser stuff made from grapes in other parts of the world. Restaurant wine lists are famously parochial affairs. The idea that someone would want to drink, say, a Margaret River Cabernet in Bordeaux, or a South African Chenin in the Loire Valley is considered absurd. Apart from anything else, the establishment that chose to stock such a wine would probably be boycotted, or worse, fire-bombed. Just look at the ongoing, quasi-terrorist behaviour of the Comité Régional d’Action Viticole (CRAV), a self-appointed defender of France’s wine industry. in the Languedoc-Roussillon.

Occasionally, there is what the French call a prise de conscience, a realisation that France is not as great as it imagines itself to be. The 1976 Judgment of Paris, when a team of French experts preferred Californian wines to a set of Bordeaux and Burgundies in a blind tasting, was one such moment. But France generally assumes that its wines, like its cuisine, are the best, despite a few maverick, self-mocking brands like Lacheteau’s Kiwi Cuvée and Jean-Claude Mas’ Arrogant Frog, which bring a much-needed sense of humour to the Gallic wine scene.

French winemakers who travel abroad tend to do so to teach rather than learn. Consultants such as Stéphane Derenoncourt, Hubert de Boüard and especially the near-ubiquitous Michel Rolland dispense wisdom and advice, often for considerable sums. Producers who employ them use their names and expertise, hoping to associate their brands with French winemaking flair.

But maybe things are changing. It’s not just the young (and young at heart) Burgundian winemakers who turn up at Pinot Noir events in Oregon, New Zealand and Australia, happy to share bottles and taste other people’s wines. All of sudden, the French wine industry has started to come over all cosmopolitan.

In the last few weeks, two prestigious French names have acquired vineyards in the United States. Just last month, the Burgundian négociant Louis Jadot purchased the 32-acre Resonance Vineyard in Oregon’s Willamette Valley, following the distinguished example of Maison Joseph Drouhin with Domaine Drouhin Oregon. Even more significantly, François Pinault’s Artemis Group, owner of Château Latour among other things, bought Araujo Estate in the Napa Valley, one of the half dozen most prestigious wineries in the region and the proprietor of the historic Eisele Vineyard.

For both companies, this marks their first expansion into the so-called New World. Both are making significant investments on the West Coast. The other noteworthy fact is that these are go it alone affairs rather than joint ventures, like Opus One (USA), Cheval des Andes (Argentina), Chryseia (Portugal), Bouchard-Finlayson (South Africa) and Alma Viva (Chile).

Other French companies have invested their own money overseas, with mixed levels of success. One thinks of Skalli (St Supéry), William Fèvre, Domaine Laroche, Louis Roederer, May-Eliane de Lencquesaing (Glenelly), Deutz, Taittinger and the various LVMH wineries around the world, not to mention arguably the most profitable of them all, Pernod-Ricard’s ownership of Brancott Estate and Jacob’s Creek, New Zealand and Australia’s best commercial brands.

And yet the Jadot and Pinault acquisitions feel different to me, especially at a time of austerity in France, even if François Pinault and Pierre Henry Gagey of Louis Jadot are unikely to be pleading poverty. Both are bold moves by iconic French companies.

Might these purchases herald a new wave of acquisitions in the United States and the Southern Hemisphere? If vintage conditions, particularly in Burgundy, prove as unreliable as they have in 2010, 2011, 2012 and (so far, at least) 2013, you can’t blame them for looking elsewhere to expand their businesses.

Is it too much to hope that this is part of a new openness in the French wine industry, a willingness to concede that great wines are made elsewhere and even to help produce them? Let’s hope so. According to Ockrent’s Prospect article, the French are currently the most depressed nation in Europe. By looking out rather than inwards, maybe the wine business can help to cheer them up.