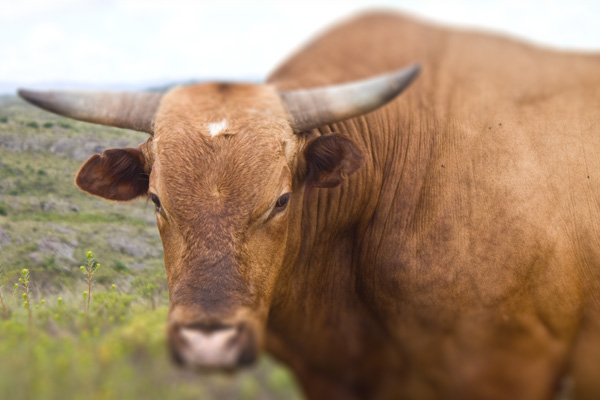 Cenicero is one of the nicest towns in Rioja, with a picturesque central square, narrow streets of white-walled houses and an elevated walkway full of old-timers in black berets philosophically sipping the local red. ‘What a pretty place.’ I remarked to my guide on my first visit. ‘What’s the etymology of the town’s name?’ Albeit briefly, his response somewhat tempered my enthusiasm for the place: cenicero is Spanish for ashtray.

I’ve never worked out why the Riojans have stuck with the name. If the Post Office and British nuclear power stations can change their monikers at will, you’d think the inhabitants of a Spanish village could do the same. Maybe Cenicero is the Spanish equivalent to Pratts Bottom, where the locals are totally unfazed by the sight of tourists giggling as they pass the sign welcoming you to the village.

Whatever its origins, the word ashtray is utterly inappropriate. Rioja, arguably Spain’s best-loved red, has an oaky, softy textured sweetness that has nothing whatsoever to do with fag ends. The same could be said of Tempranillo, the grape that forms the core of Rioja’s best wines. Most people, the King of Spain included, would agree that this is the country’s best red variety. How do I know about King Juan Carlos’s predilection for a Tempranillo? I’d love to tell you we’re e-mail buddies, but it’s widely known that JC is a fan of Vega Sicilia, a legendary Tempranillo-based red made in neighbouring Ribera del Duero, a region whose wines (and prices) can rival and even exceed those of top Riojas.

Tempranillo has more aliases than an international assassin. It’s known, in different parts of Spain as Cencibel, Tinto Fino, Ull de Lebre, Tinto Madrid, Tinto de la Rioja, Tinta del País and Tinta de Toro. But whether it’s grown in Penedés, Valdepeñas, Toro, Rioja, Navarra or Ribera del Duero, it’s essentially the same grape. There are clonal differences between the various Tempranillos (or whatever you choose to call them), but they are pretty small.

This doesn’t mean that Tempranillo produces a single style of wine. In weight and structure, it can vary from a light, strawberryish, tapas-bar quaffer (the sort of thing my beret-sporting friends in Cenicero might drink) to a dark, sturdy, tannic red that will age for half a lifetime. That said, the structured stuff is rarer. The wines of Ribera del Duero, Toro and a few of the new style are your best bets if you want to try a denser style.

In the main, Tempranillo makes soft, comparatively approachable reds with medium acidity and tannin levels and a core of sweet fruit. This may explain why it is frequently blended with Cabernet Sauvignon (in Navarra and Somontano) or a combination of Graciano, Mazuelo and Garnacha (in Rioja). Some tasters find a certain similarity with Pinot Noir, as Rioja, like Burgundy’s great grape, can develop gamey, forest-floor notes with age (Gran Reserva Riojas often display these characters). When young, it has notes of red fruits, blackberries and blackcurrants.

The other flavour that is commonly associated with Tempranillo is oak, be it French or the more assertive vanilla-and-coconut-perfumed American barrels. Indeed, for many people, Rioja and the smell and taste of American oak are interchangeable. Not all Tempranillo is aged in oak (sin crianza and joven styles see little or no wood), but the grape does seem to have a natural affinity with barrels. The grape’s soft, gentle tannins make it a forgiving food wine. It’s at its best with a leg of Spanish lamb, but can be drunk with most things, even fish. I’m also a big fan of Tempranillo with milder curries and sundry Indian dishes.

Tempranillo is hugely popular with consumers and grape growers alike. Its name (temprano is Spanish for early) alludes to the fact that it ripens easily, even in the comparatively cool climates of Ribera del Duero and the western areas of the Rioja region, the Rioja Alta and Rioja Alavesa. Given its fashionability (it’s as simple to pronounce as it is to drink), you’d expect Tempranillo to be widely planted in other parts of the world, but it’s not, at least when you compare it with Cabernet Sauvignon, Merlot or Syrah. You can find Tempranillo in Australia, Mexico, Italy, California, South Africa and Australia, but, after Spain, the countries with the largest plantings are Portugal and Argentina.

In Portugal’s Douro Valley, Tinta Roriz (as it’s known locally) is one of the five recommended grapes for Port, although it’s rarely if ever made as a stand-alone wine. It is now the second most-planted grape in the valley, used for powerful table-wine blends as well as for port. Elsewhere in Portugal, Tempranillo pops up in Dão (pronounced ‘dung’, my Portuguese friends tell me) and further south on the hot plains of the Alentejo, where it’s called Aragonez. It’s here in the south of the country that Tempranillo makes some of Europe’s most exciting new-wave wines. Cortes de Coma, Esporão and João Portugal Ramos are all good producers making full-bodied wines with a heady, almost raisiny style of their own. You certainly wouldn’t mistake them for Rioja.

In Argentina, the other Tempranillo hotspot (quite literally, in the desert-like conditions of Mendoza, San Juan and La Rioja), the grape does not perform as well as Cabernet Sauvignon or that Argentine speciality, Malbec, but that may be because it has not, as yet, been treated with the same care. Although some historians believe that Tempranillo has existed in South America for over 400 years (the conquistadors carried the grape seeds with them wherever they went), it’s only just beginning to be taken seriously.  O Fournier, Titarelli and Familia Zuccardia lead the way and, while you might not mistake their wines for Vega Sicilia’s top wine, Unico, they do have recognisably Tempranillo characters.

Should I return to that lovely town square in Cenicero, a glass of red and a plate of chorizo at my side, I shall think of the men who took Tempranillo from Rioja to the New World and, not much later, brought tobacco back to Spain. It’s only a guess, but maybe that explains why they named the place after an ashtray.