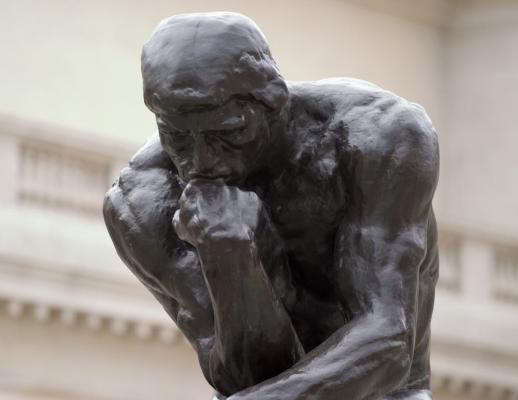 The transition from curious to distracted is as inevitable as the effects of too much alcohol and an “I will survive” defiance. Typically, people start out timidly, often with a self-conscious “tap, tap, tap, is this thing on?” before the Pavlovian effects turn us into fidgety digital junkies. Some build confidence, many fade out, while others discover a gift for aphorism.

It’s not for everyone, of course. I once watched a friend’s holiday feed move from a glass of Champagne at the airport to something close to a breakdown. There were the standard frames of which we’re all guilty: first bottle of chilled rosé by the pool, perfect pedi on a sunbed facing the ocean. As the days passed, updates became more frequent: #fun #somuchfun and they built from there. #toomuchfun!!! Every #hashtag was like a cymbal #CRASH or a cry for help. At one point I swore she was one glass of rosé away from typing #DIDANYONEHEARME?

Oh, I don’t judge. Well I do, but I shouldn’t. I, too, started out coy. And disciplined. “I don’t post every day like some,” I’d tell myself. Hashtags? Pff, so needy. Bottle shots? More a landscape photographer, me. I thought I was in control but when looking for a distraction I have as much discipline as a beanbag. And when that distraction is designed to tap into those things that make us human, well, I don’t stand chance. On the inside I was flicking imaginary tresses off my shoulders. All those hearts! For me?

The thing is, as well as being distracting, it’s fun and sociable. So much pleasure can come from seeing other people’s wine travel photos, and much joy in sharing your own. I adore seeing budburst anywhere, watching vineyards turn golden in autumn and being taken into the depths of mouldy old cellars. I love great landscapes as well as beautiful portraits. I generally skip over bottle shots (even visually, another’s experience of wine is hard to bring to life) but I know they are posted to catalogue, to thank and – happily – to note that someone had a wine night worth posting. A sort of digital salutation to good wine.

Unlike many, I have no bother with food photos, nor selfies, though I confess it would be helpful if, on occasion, you could tilt your head juuuuuuust to the right so we can see the #CôtesduRhône or the #CôtedeBeaune or wherever you happen to be #livingthedream.

But sharing holiday experiences with a whiff of smugness didn’t start with social media. The ‘Wish you were here’ postcard was around long before the ‘Living the dream’ Insta-snap. Surely Instagram photos of our travels are just the next evolution in this broadcasting?

Perhaps, but not without loss, say the critics. “Just as modern street lighting has slowly blotted the stars from the visible skies, so too have cars and planes and factories and flickering digital screens combined to rob us of a silence that was previously regarded as integral to the health of the human imagination,” writes Andrew Sullivan in his essay I Used to Be a Human Being. “This changes us. It slowly removes — without our even noticing it — the very spaces where we can gain a footing in our minds and souls that is not captive to constant pressures or desires or duties. And the smartphone has all but banished them.”

To my mind, travel is one of these integral and magical spaces that cultivates so many of the good and great things of which the human condition is capable — imagination, awe, wonder. Travel writer Paul Theroux is disparaging of the smartphone as an accompaniment to travel. In Being a Stranger, the introduction to his compendium, Fresh Air Fiend, he writes: “‘Connected’ is the triumphant cry these days. Connection has made people arrogant, impatient, hasty, and presumptuous…I don’t doubt that instant communication has been good for business, even for the publishing business, but it has done nothing for literature, and it might even have harmed it.”

If Instagram while travelling blots out these spaces for imagination and literature, what ideas are being smothered by our need to capture it electronically? If American wine importer, author and winemaker Kermit Lynch first explored French wine country today, would we even have the joy of his Adventures on the Wine Route or would we know him only for #wine posts? More curiously, what would be considered more valuable to the industry today? Would anyone even care?

I know, I know, people have been complaining about new technologies distracting the next generation probably since Aristotle. And wondering about the days when we didn’t have it makes me sound a thousand and fifty years old, but if I had to choose, I’d prefer pre-social media days whilst travelling. I know I can just ignore it, but that is not the same as it not existing. In her essay We’re Breaking Up, Rebecca Solnit describes this distraction best: “It’s an anxiety about keeping up, about not being left out or getting behind.”

While travel has been changing since humans first stood upright and started wandering, and the ease of travel makes genuine discovery harder to come by, I also wonder if a certain specialness is lost from a type of commoditisation that comes when so many photos of the same special places are posted every second of the day. “The profoundest satisfaction in travel is a sense of discovery, the private thrill of seeing something new or seeing it in a new way,” writes Theroux in Trespassing in Florida, describing what we might diminish. We always bring various personal lenses and filters to new places, but these days we turn up with so many more of them.

Mostly, I think people enjoy seeing photos and living vicariously through your adventures in the same way that people read “armchair” travel books. And while no-one is suggesting it is a substitute for the real thing, I have no doubt it impacts on the real thing.

I knew things had changed when, about a year ago, I found myself in the gardens of the Musée Rodin in Paris unable to move for 20 minutes while I stood, oblivious to my surroundings, editing a photo of The Thinker to post online. The famous sculpture is typically recognised in isolation — the great sculpted body, curled over, deep in thought, often to represent philosophy. But the original was sculpted to represent Dante and to crown a 20-foot wall that depicts in grim and haunting detail the various human weaknesses in the circles of hell from his Divine Comedy.

There I was, fidgeting with my phone, distracted from the surrounding greatness while presuming to improve Rodin with an Instagram filter, when I looked up to see The Thinker sitting earnestly, chin on balled fist, looking down on the humans in their circles of hell pondering all that he created. It might have been my imagination, but I swore he looked at me.

In the future, when we write ‘#wishyouwerehere’, it might well be to ourselves.