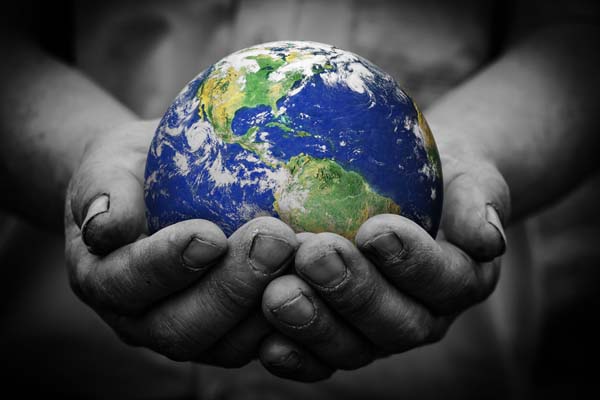 God was sitting on one side of the boardroom table with his back against the window when a man walked in and introduced himself as Kevin from the Innovation Department.

‘Very well, let’s get on with this. I still need to hear presentations from several other departments,’ said God, who’d been listening to pitches on how best to allocate his resources when he launched Earth in a few months’ time. ‘So,’ he said, looking down at his notes, ‘your idea is something called “wine”? Righto Kev, let’s hear it,’ he said, leaning back into his chair, but not before grabbing a couple of mints from the bowl in the middle of the boardroom table.

‘Wine,’ Kevin nervously read aloud, ‘a drink made by a process called “fermentation”, when broken grapes mix with natural yeast.’

‘Hang on. Natural yeast?’ God interrupted. ‘What other kind would there be?’

‘Good point,’ said Kevin, scribbling notes on his sheet. He continued, still quite nervous. ‘When this fermentation happens, it produces a liquid called “wine” that tastes delicious, makes you feel pleasure, has lots of flavour, makes you laugh and makes you think.’

‘Laugh and pleasure and delicious?’ said God, staring out the window. ‘Sounds like more trouble than the bloody apple. Is it addictive?’

‘Yes,’ said Kevin, ‘but only if you drink too much too often.’

‘Have you run that past legal?’

‘They said it was a grey area. Suggested you might be able to cover it off in the commandments or the sins?’

‘Oh come on, I can’t make the Deadly Sins a dumping ground for everything that seems a little controversial. I’ve already assigned six of them,’ he said, turning back to Kevin. ‘How many can you have?’

‘Seven?’ suggested Kevin, shrugging his shoulders up to his ears.

‘Still sounds like it could be a problem,’ said God, not sold but intrigued by the idea of this drink made from grapes. ‘Anyway, go on. So a liquid drink. Didn’t I just approve something similar?’

‘Sort of, that was water. Pretty neutral tasting and I understand you’re going to make it in abundance, falling from the skies as it were. It will be different to my idea, because water will be so ubiquitous that people won’t consider it precious and will pay scant attention to it.’

‘Yes, well I’m still not sure if I’ve done the numbers on that one right … I think I might be short, but time will tell.’

‘Ok, so wine is a different drink,’ said Kevin, warming up and keen to get back to his idea. ‘Not just any drink but a drink that is delicious, made from grapes, that makes you feel good and makes you wonder.’

‘All that in one drink? It’s sure gonna make this thing popular. I guess you want an abundant supply, too?’

‘Quite the contrary.’ God looked confused.

Kevin continued: ‘This is where the concept gets genius, because it won’t be abundant. We’ll put limitations on it. Wine can only be made from certain grapes – and only once a year, and only in certain parts of the world.’

God sighed. It had been a long couple of days, and trying to understand these new proposals was tiring him out. ‘Well, how will I allocate land? I mean, there’s a lot of competition. I can’t make it all good for grape-growing. I’m starting to run out of space. There’s the areas I need to allocate to the wildlife and keep open for their migratory paths, the very important wetlands, the plains of Africa, the rainforests in the Amazon, the oceans … they’re the crucial things, and I’ve still got to put people on Earth. It’s going to get crowded down there.’

‘Yes, I have considered that. I thought maybe we could turn a negative into a positive. What I am proposing is that you make only certain parts of the world good for making wine, in fact, make some slices of land indescribably perfect for it …’

Kevin continued: ‘… the wine that comes from these places will be so exquisite that people will say it’s been touched by the hand of … I don’t know, something magical.’

‘Hmm, well if this land is so rare, how can people tell where to make wine?’ asked God.

‘Ok, you’re gonna love this,’ said Kevin, raising his hand as if to slap his own thigh at the thought of it. ‘They won’t know! Not until they have planted it there and waited a few years, sometimes even decades.’

‘But … but they could be guessing forever,’ said God, starting to smile. ‘I mean, people might plant these grapes in ridiculous places … Oh you’re a tease Kev, that’s bordering on cruel,’ he said, stifling a giggle.

‘Think about it. This is a long-term vision. If you make it easy and everywhere, it’ll be over in no time.’

‘I see your point,’ said God, more serious now. ‘But eventually people will work out where these special places are, especially if there are so few of them. I mean, I’m not making them that stupid.’

‘Ok, so here’s another one. Not only is the land hard to find, and finite, but the quality of the wine changes with every single vintage because of the weather.’

‘How will the seasons vary each year?’ asked God.

‘Ok,’ said God, back in the game, ‘so what aspects can I change every single vintage?’

‘You name it. Every single thing you do to the temperature, moisture, sun, wind, hail, frost will affect the wine. There will be so much to play with you’ll have them on their knees.’

‘No problem. Well, how will the wine change? Give me an example.’

‘Smells. Wine won’t just have smells, it will have a perfume. A perfume made up of beguiling and complex aromas that draw from flowers and fruit, woods and herbs. And these aromas will change over time – they’ll shift in just a few seconds and continue to do so over years. One day they taste like one thing, and the next it’s like a fairy dropped by the cellar and mixed it up so it tastes a different kind of beautiful.’

‘But it’s just a drink, Kev, and it’s quite confusing and always changing. Why will people want to drink it if it will be so complex?’

‘Because it will be so complex. It’ll be in their nature to try to make sense of things.’

‘And as long I keep changing things …’ said God, trailing off into thought. ‘… they’ll keep trying to understand it,’ finished Kevin.

God continued: ‘I imagine those that are interested in it will be driven to talk a lot about wine …’

‘Could these wine people be a problem? I mean, a little too much?’

‘No, it’s fine. We’ve done research. None of the chitchat will fly outside of wine circles. Mostly, they’ll keep to themselves. A little boring, but harmless in the main.’

‘Well, a lot of this sounds a bit wishy-washy. What will they actually get out of it?’ asked God, determined to make the idea a sensible one.

‘It’s kind of hard to put my finger on it,’ said Kevin, ‘but wine will be a drink that will join people together through its mystery and its allure. Entire countries will benefit from the wealth of wine, and communities and industries will be built around it. Social occasions will be made better because of it, and gastronomy will taste better with it. It will be infused in every country’s history, culture, tradition and place. It will be present at celebration and mourning, contemplation and revolution. Wine will be there for, and possibly be the cause of, the most memorable moments of people’s lives.’

‘I see now,’ God said, smiling and gazing out the window. ‘But what if they do understand it?’

‘Give them a new vintage.’

‘What if they manage that?’

‘And if they get used to that?’

‘Let them discover a new place to plant.’

‘A nice idea, Kevin, but there are so many impracticalities, so many logical reasons why sensible people won’t get into it,’ said God. ‘Remind me again: why will people keep going back to wine despite the madness?’

‘Because we’re also going to make it the most beautiful drink in the world.’

‘The Invention of Wine’ first appeared on Andrea’s old blog and is the forward to her book, Through A Sparkling Glass, An A-Z of the Wonderland of Wine.

Happy holidays everyone. Thanks for reading and I look forward to seeing you all in the New Year. Andrea x