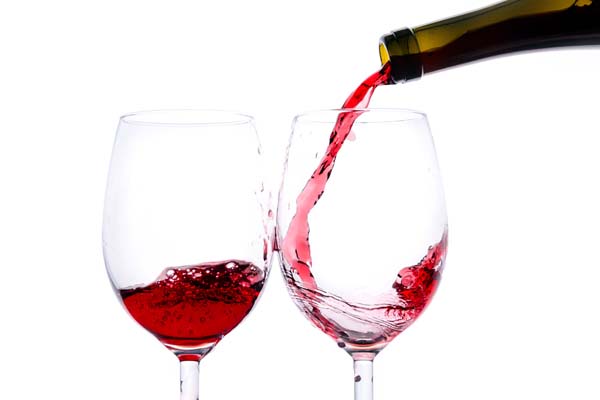 For something that exudes simplicity, the cheeky glass of wine is a deceptively complex drink. I can’t remember the number of times I’ve been asked to sneak off for a cheeky glass of wine or, I’ll admit, how often I’ve suggested one. ‘A quick one before the speeches?’ ‘Sneak one in before we make a move?’ ‘Cheeky one before dinner?’ Scan twitter and you’ll see thousands of people around the world have just enjoyed, or are about to revel in, the pleasures of a cheeky glass of wine. It is a most beloved wine occasion that transcends experience, knowledge, country and culture.

Yet despite near universal adoration, the cheeky glass of wine is an elusive idea. I asked wine colleagues for a definition recently and was given vague and bumbling answers at best: ‘It’s casual’, ‘It’s probably white wine’, ‘It’s … well, you know. Cheers!’

Given its popularity, I decided to burrow deeper and understand exactly what makes a wine ‘cheeky’, what are the best wines to drink for a cheeky occasion and why this casual wine is so popular.

First, the criteria. For a wine to be considered cheeky, it needs to be unplanned, for one. You can’t set out to drink a cheeky glass of wine. You set out to do something else, like go to a wedding, attend a work dinner or head home to feed the children. You can only drink a cheeky when you’re supposed to be doing something else. Otherwise, you’re doing the other thing and the wine isn’t cheeky – it’s just the wine you are drinking at a wedding, at an end-of-month work dinner or at home while feeding the children.

This also means cheeky wines are quick wines. Not because you don’t have much time, but because you have to sneak it in around the actual thing you are meant to be doing. A cheeky wine must be so fleeting, ambiguous and unintentional that you could argue it was an accident. ‘What?’ you might say, gesturing to your glass, ‘This wine counts?’

A cheeky wine must also be a bit of a secret. There has to be someone – maybe a spouse, a boss or perhaps even you – who thinks that having a cheeky wine is not the best use of your time at that particular moment. It’s a wine you sneak in around something else that has been agreed by you, or for you, is what you should actually be doing. It’s not exactly a lie. It’s just not something you necessarily flaunt.

Crucially, unlike most other wines, a cheeky wine has no formal role in the dining experience. An aperitif prepares your palate for the meal ahead. A glass of Champagne is raised communally to celebrate the moment. Wine served throughout dinner is chosen to create that elusive third flavour. And a fortified wine is served to draw the curtain on a night. A cheeky wine has no such purpose; the absence of any role or responsibility is what defines it. A cheeky wine is to gastronomy what an unofficial child is to a royal family – known and adored, but free from official duties.

That’s something else that defines cheeky wines: they have a mildly rebellious quality. They’re not wrong, just a bit naughty. They’re not bad, but not necessarily good. Even the word ‘cheeky’ is endearing when compared to more pointed suggestions like, ‘Why don’t we knock back a bottle?’ or more earnest phrases such as ‘Comprehensive vertical tasting?’

So what to choose for this unplanned, secret, informal, fleeting and slightly rebellious glass of wine? One could imagine such criteria might make it an impossible wine to find. Yet, among the châteaux, the musty cellars, and the best bottles designed to age, you’ll find a plethora of wines made precisely for this moment. Winemakers the world over have been growing, picking, fermenting, selecting and blending wines for this very occasion for centuries.

The French have been particularly generous. They’ve given cheeky wine lovers Beaujolais, the deliciously perfumed, fruity, reddish wine made from Gamay. They’ve also given us Sancerre, the fresh, aromatic, white wine lauded as the ideal bistro wine but well positioned on its own as one of the great cheeky wines. And of course Provencal rosé, so cheeky it breaks all the rules by refusing to be either red or white but something lovely in between. The Spanish have also contributed. They’ve given cheeky-wine lovers ‘vino joven’ or ‘young wines’ – bright young things released soon after vintage, with little to no oak and made to be enjoyed young, fresh and with few other considerations. Similarly the Italians, who’ve offered Dolcetto from Piedmonte. Typically made into a plush and juicy red wine that can be served slightly chilled, Dolcetto is like a good mood in a glass. Prosecco, the sparkling Italian white, is another for the cheeky wine category, where winemakers have borrowed the bubbles for fun but left out additional complexities necessary in the ‘traditional method’.

There are others that one could argue fall into this category but I prefer to stick with wines that can be made into more complex styles but have deliberately been made into styles to be enjoyed now. It’s the winemaker’s decision to make a wine for this occasion that I think is key.

Though there are many cheeky wines, their virtues are similar. None is designed to improve with age or to develop complexity. They are not made for investment or to be sold on secondary markets. They aren’t wines to be judged or benchmarked against others. They’re not built for show or to trumpet personal wealth. They don’t need time, just someone to drink them.

I think this is the essence of a cheeky wine and explains why the occasion is adored by so many. A cheeky wine is a break from formalities and obligations, a breather from our roles and responsibilities, and a rest from technical analysis. A cheeky wine is a lighter moment of pure, unadulterated pleasure. It’s just a pity that so often we have to sneak off to enjoy it.

Andrea Frost has been shorlisted for the 2015 Louis Roederer On Line Wine Writer of the Year Award for her work on this site.