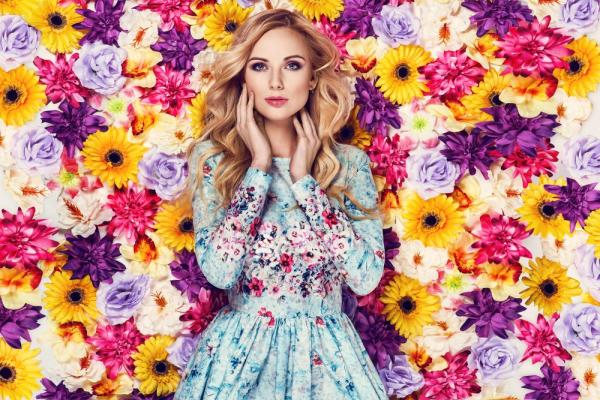 I hadn’t expected we’d discuss gender issues during the Burgundy masterclass at the exclusive Len Evans Tutorial in the Hunter Valley, but somewhere between the Volnay and the Chambertin the issue arose.

The Len Evans Tutorial is an exclusive five-day program created to train wine industry professionals to become wine show judges and general ambassadors for great wine and a progressive industry. Over five days, four judging sessions, four masterclasses, five dinners, several late nights and the most generous, priceless and exquisite list of wines in the world, we were put through our paces in a sort of boarding school/battle-of-the-palates way. It was exhilarating, delicious and terrifying in equal measures.

The discussion about gender in wine language arose during the Burgundy master class held on the afternoon of the third day. As was routine, the five tutors sat at the front of the room behind a long table covered in white tablecloths. The panel was made up of doyens of the Australian wine industry, including James Halliday whose publishing canon is inspiring and whose magazine I have contributed to. To hear any of them talk of their area of expertise was inspiring. To have any of them ask you to explain your score was terrifying. As per the process, we tasted the wines and the floor was opened for discussion.

Someone used the term ‘feminine’ to describe one of the wines. For the unaware, a wine described as feminine is typically one that is lighter, more delicate, finer and perfumed, as opposed to a ‘masculine’ one that might be described as robust, structured, intense, full-bodied and more powerful. One of the panelists interrupted the discussion to ask me and the other woman in the room of 17, if we took offence at the term. She didn’t. Everyone in the room turned to me. “I think it…” I said. People laughed. It wasn’t meant to be funny and it wasn’t what I meant.

Now, I am well aware that using the terms ‘feminine’ and ‘masculine’ in wine tastings is increasingly contentious. The terms bob around in wine’s lexicon without causing any real alarm – they are deeply ingrained in wine terminology, but aren’t quite offensive enough to get anyone in real trouble.

As the tasting moved on to the perfumed and beautiful Comte Armand Pommard Clos des Epeneaux and the spicy wild red berries, earth and savoury finish of the Henri Gouges Les St Georges Nuits St Georges, I was distracted as I tried to work out what I meant.

First, there’s the general issue of cliché. As a writer I would no more encourage drawing upon stock representations of gender any more than we should use stock representations of race, age or culture to describe something. Just that week we discussed the outdated but lingering generalisation that Australian wine is all commercially produced with no detail nor sense of place or profundity. How limiting such outdated ideas can be to one’s progress. Clichés are lazy at best, damaging at worst.

As we moved onto the intensely aromatic and delightfully spicy Domaine Mongeard Mugneret Richebourg and the sour cherries, spice and earthy notes of the Echézeaux from the same producer, it did cross my mind that if we’re encouraged to enumerate such detail in wine, it seems a bit hypocritical to embrace such broad terms about gender. In his manual How to Taste Wine, Len Evans himself discusses the enormous diversity in red wine alone: “the colour of a vigorous young red is purple, or at least ruby with purple overtones. This colour softens with age into true ruby, then a little garnet may appear…” And so on. We are world champions of seeing the minutiae in wine. Surely a single description for half of the global population – three and a half billion people – is a little wanting?

By the time we were admiring the prettier and more delicate aromas of the Domaine d’Eugénie Clos de Vougeot, I was reminded that many admit to using the terms because they don’t know what else to say, even if they believe it is unsuitable. Given we are people with about 114 words to describe ‘white’ and twice that for ‘red’, this feels a little bit like ‘the dog ate my homework’. But let’s see. If a wine has a smooth texture you could say it was silky, velvety or ethereal. If you are after a quick way to compare one wine to another, why not say the finer, lighter, more delicate of the two? Or, if the wine is light, ethereal, silky, perfumed and nuanced, it might well be a light, ethereal, silky, perfumed and nuanced wine. Full stop. No gender.

But these are all issues about technicality and style. And the question was if we found the use of the term ‘feminine’ to describe a wine offensive.

It’s not so much offensive, I thought, as I delighted in the elegance and silkiness of the Domaine Armand Rousseau Clos de La Roche, but it is limiting because it reinforces unhelpful gender stereotypes. Specifically, that all women are, or should be, delicate, ethereal, pretty, fine and perfumed. This might seem harmless enough in the context of wine tasting, but we don’t live in a world only of wine tasting. It is an idea that is infused throughout our culture. One tug on this string and we find an idea that, at its most insipid, limits one’s character and, at its most offensive, is used as an insult, limits women’s progress and is asserted through violence. It is a stereotype that has led to hundreds of years of inequality. An inequality that most of the progressive countries in the world are working to correct through law, awareness, cultural change and language.

To return to the original question of offence. The fact we were even having the conversation was a progress of sorts, especially in a program initiated by a man who I am told led a great many advances for Australian wine, but a progressive view on gender was not really one of them. What’s more, cultural change can be confusing as we learn the new values and ways of behaving. But while it might not be used to offend – subtly, invisibly, quietly – it limits us all. And whether or not the word itself is offensive feels less important than whether or not it matters. It does.

Perhaps it was the beautiful wines, or the elation at finding one’s voice on such matters or some magical combination of the two, but between wines, I managed to interrupt the discussion and get some of these ideas out to the panel. James Halliday looked sideways at his fellow panelists, chuckled and said, “Well, that put me back in my place”.

Feeling somewhat relieved, I sat back to luxuriate in the last sips of the exquisite Domaine Armand Rousseau Chambertin. As I did, the guy in front of me leant back in his chair, turned his head over his shoulder and whispered, jokingly of course, “Which magazine did you say you used to write for?”