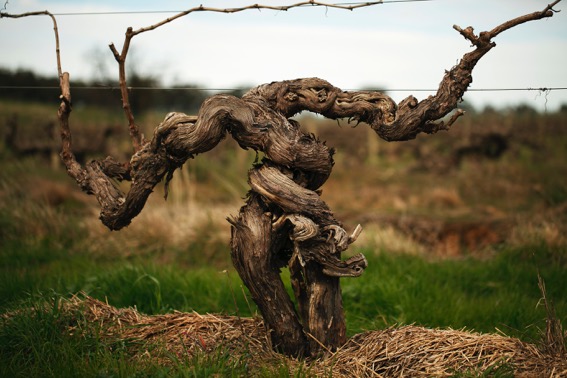 Several months ago, I was tasting wine in a Melbourne restaurant when my thoughts turned to that of our national character. What makes Australian wine Australian?

It was hardly surprising it arose when it did; I was tasting French and Spanish varieties, grown in South Australia and made by an Australian of German heritage. And I was tasting these wines on land that once thrived with the Wurundjeri tribe until the British arrived and flushed the country with their ideas of agriculture, including a wine industry built for a European climate. When it comes to national identities, ours was a complex one. And when it comes to family histories, we had some unpacking to do.

Whilst all countries question their national character at some stage or another — and I’m guessing we’re not the only ones gazing at the navel of their national identity right now — it’s a question that, along with how much the neighbour’s house is worth and who’s winning the football, is never far from the Australian conversation. We’re a mix of imports thrown together, with inherited ideas, a million miles from anywhere and what feels like thousands of years after everyone else. The same complexities exist in wine. That which shaped our culture also shaped our wine culture.

Having flung myself between Europe and Australia at least annually for many years, the subject has caught and held me. Nothing like immersion in other cultures to help you notice and question your own.

I used to wonder how it came to be that Australian’s reputation for being laid back was a criticism while the Italians’ version was immortalised as ‘the sweet life’. One turn around Florence and it’s breathtakingly obvious. The Italians made one of the most beautiful contributions to civilisation, of course they get to spend the foreseeable future living la dolce vita. “Right, there you are, The Renaissance. We’re going to relax for a bit. Back to check on your work next century.” Maybe we’re a bit young to rest on lifestyle glories that come from great weather and a stunning landscape. Especially one that has taken us two hundred years to admit was acquired by force.

What makes Australian wine Australian is a knotty question. With more than 60 wine regions, 155 grape varieties, a range of climates and every wine style from taut, sparkling wines to hedonistic fortifieds, there is no one wine, region or vineyard that defines us. What’s more, everything about the Australian wine industry has been imported. The British brought the idea for the initial wine industry and post-war Europeans added new ideas of food and wine culture. Further immigration from Asia expanded the culture until the word ‘fusion’ was as common as the words ‘spaghetti’ and ‘Sunday roast’. We’re a delicious mix of everywhere else, thrown together until we’ve become … us.

When I asked colleagues if we had qualities that were inherent to Australian wine — after sighs, rolled eyes and comments such as “it’s too diverse’, “there isn’t one” — deeper reflection reveals perhaps there is something that is inherently us. We are free to do what we want and not handcuffed or historically bound as many other wine regions are. We can experiment, invent and introduce new things. We are freer, not just to question what is, but to act on it as well.

Upon reflection, it makes sense we turned out like this. We had to be. The industry was built from the ground up by people new to the land and winemaking. And while all wine cultures started somewhere, our beginning is — relatively speaking — recent. Our origin stories still linger and were more about creating a culture than caretaking one, as is the case in Old World regions.

Many argue our landscape has been the greatest shaping influence on the Australian character. A gargantuan force that interrupts even the best-laid plans, it has been stitched into Australian art, lore and literature. In 1832 James Busby wrote to Viscount Goderich, secretary for war and the colonies, about the importance of experimentation, and “for this reason the best varieties of France and Spain may prove (as several of them have already proved) of no value in New South Wales, while on the other hand the most indifferent kinds may produce in that climate the most valuable wines”. The landscape forced our adaptive hand from the outset.

This creativity has largely served us well. As well as establishing an industry and putting Australian wine on the world stage, we discovered things, invented processes and changed perceptions. Ray Beckwith rid the world of spoilage with his discovery about pH and stabilisation, Sydney Hamilton changed commercial white wine-making with his new techniques in refrigeration, and a band of Clare Valley winemakers, failing to see anything romantic about cork taint ruining their pristine riesling, made screwcaps a preferred closure by changing people’s perception of them. These are not things that happen if one simply accepts the status quo.

Oh sure, it hasn’t always been pretty. Our unbridled enthusiasm meant we became too big, too oaky, too … much. Hugh Johnson wrote of a ‘hubris’ that made Australians unbearable at tastings pre-2000. Oz Clarke wrote of the New World producers ‘brashly barging’ their way onto the scene. Fair enough; one can only blame so much on being young in the 1980s.

But, untidy adolescence aside, reflecting on all this, I can’t help but feel that we’re having a certain moment in Australian wine, a sort of coming of age. We’re still us and just as determined, but a little older, wiser, more knowing, and keener to be … us. And those very qualities that make us inherently Australian, however hard they are to define, are driving the country’s wine into beautiful new places.

The very same curiosity that drove early vignerons to explore the Hunter Valley, the Barossa Valley and the Yarra Valley is driving vignerons into new regions with new varieties, or more suitable varieties in old regions. Australia’s great varietal and regional match might yet be undiscovered. Who knows what viticultural joy lies within the folds of Tasmania, the hills of Gippsland or the wilds of the Great Southern.

It is not just literal boundaries that are being explored, but the margins of greatness and beauty. The best Australian Chardonnay continues to be little short of exquisite. Old-vine Grenache expresses new dimensions of elegance and complexity. And identified terroirs sing the harmonies of their land through their wines. The Hill of Grace vineyard in Eden Valley, the release of which I was tasting as I started this whole meditation, continues to be tuned in to a place of profundity. We’ve shifted from creators to custodians.

Perhaps the most important work is to continue what we’ve so often done well; challenge inherited ideas and provide solutions to difficult situations. Acknowledgment of and integration of the indigenous culture that existed for more than 60,000 years before the first fleet sailed into Botany Bay and set off its destruction requires important and courageous thinking about our land, its ownership and our place on it. It’s beginning, but only just.

This moment in Australian wine culture was rather neatly summed up at the end of the Henschke tasting. Prue Henschke, a botanist by training and a champion of organic viticulture, has been the viticulturist at Henschke since 1987, making her a custodian of one of Australia’s most important terroirs. Prue was reflecting on some of the accepted ideas we have about viticulture: “We have the most unique landscape in Australia. Why are we planting roses at the end of the vines and not native varieties? Why?” Prue went on to explain her plans of incorporating more of the native landscape in her vineyards. “It’s been a dream of mine to build up the Australian landscape.” Native wallaby grass for vineyard swards, insect-loving flowering plants such as sweet bursaria for headlands and fence lines, and sheoaks and majestic eucalypts for buffers and windbreaks. “The landscape is there as refuge and a food source for a whole realm of animals, birds and insects, often species facing extinction.”

Prue paused for a moment, as if imagining the whole lovely landscape. Then, wondering aloud: “Will it work? Of course it will work,” she laughs. “We’re Australian.”

Andrea’s column on timatkin.com has been shortlisted in the International Wine Columnist of the Year category of the 2017 Louis Roederer Awards